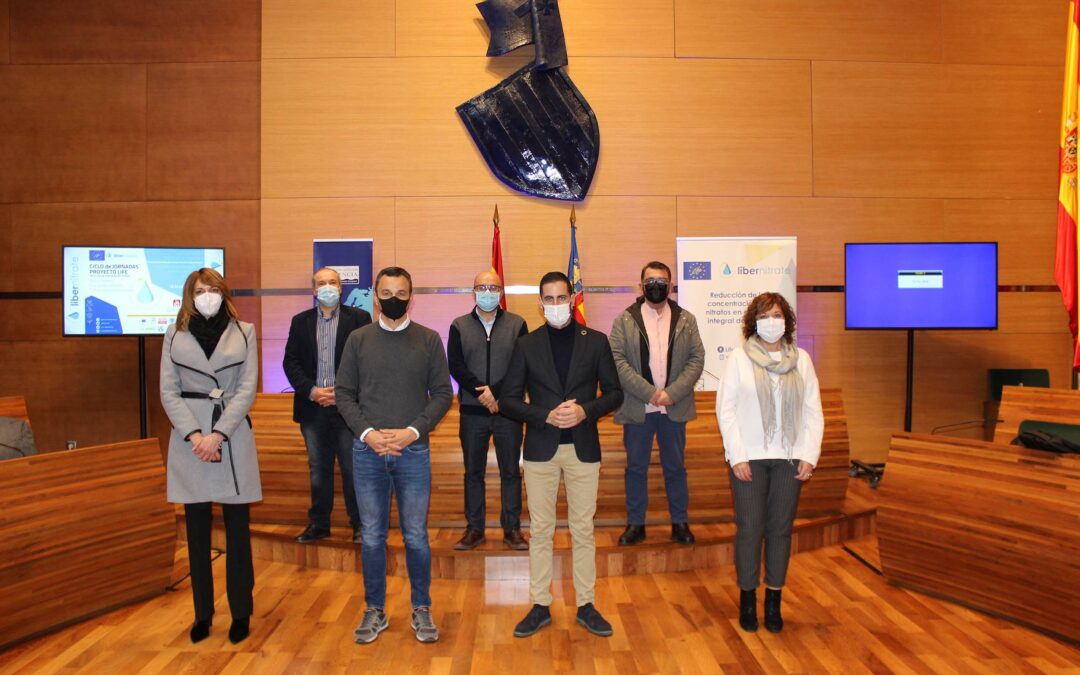 On 18 December, the 3rd day of the Development of the Political Action Plan of the LIFE Libernitrate project was held in the plenary hall of the Valencia Provincial Council. At the event, we were able to count on the Vice President and Member of Parliament for European Projects, Carlos F. Bielsa, who was able to host the rest of the speakers and attendees. In addition, the recently appointed Director General of Agriculture of the Regional Ministry of Environment of GVA, Antonio Quintana, was able to attend the event and close it together with our Vice President of the Regional Government.

The event, which took place in the inland regions of the province of Valencia, La Hoya de Buñol, La Plana de Utiel-Requena and the Valle de Cofrentes-Ayora, was attended by several mayors of municipalities in these inland regions, and the problem of water nitrification was the focus of the event.

In addition, the conference could be followed online through the official channels of youtube and facebook of the project, which made it have a greater dissemination and impact.

Without doubt, all success for the coordination of the project that will repeat format in the next dates of the cycle of days of the political action plan, which still has three days to be held.