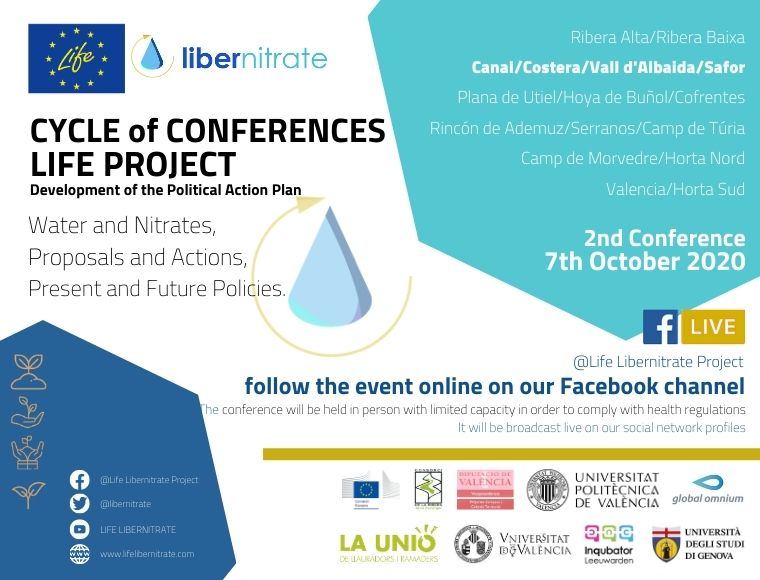 LIFE Libernitrate is preparing to hold tomorrow, from the town of Anna located in the Navarrés Canal region, the second of six days as part of the project’s Political Action Plan Development.

The conference will be held in a semi-presential format and can be followed online through our official Facebook page and Youtube channel, where we will explain the problems of contamination in the integral water cycle, as well as checking the progress of our project at first hand. The event, which is aimed at political officials, seeks to raise awareness and make the problem latent among the leaders of our province, and to this end these days are essential.

The conference will be attended by the Vice President and Deputy for Territorial Cohesion and European Projects of the Provincial Council of Valencia, Carlos F. Bielsa, as well as the Deputy for Social Welfare and Democratic Quality, and also Mayor of the host town, Pilar Sarrión, among other political positions and representatives of project partners.