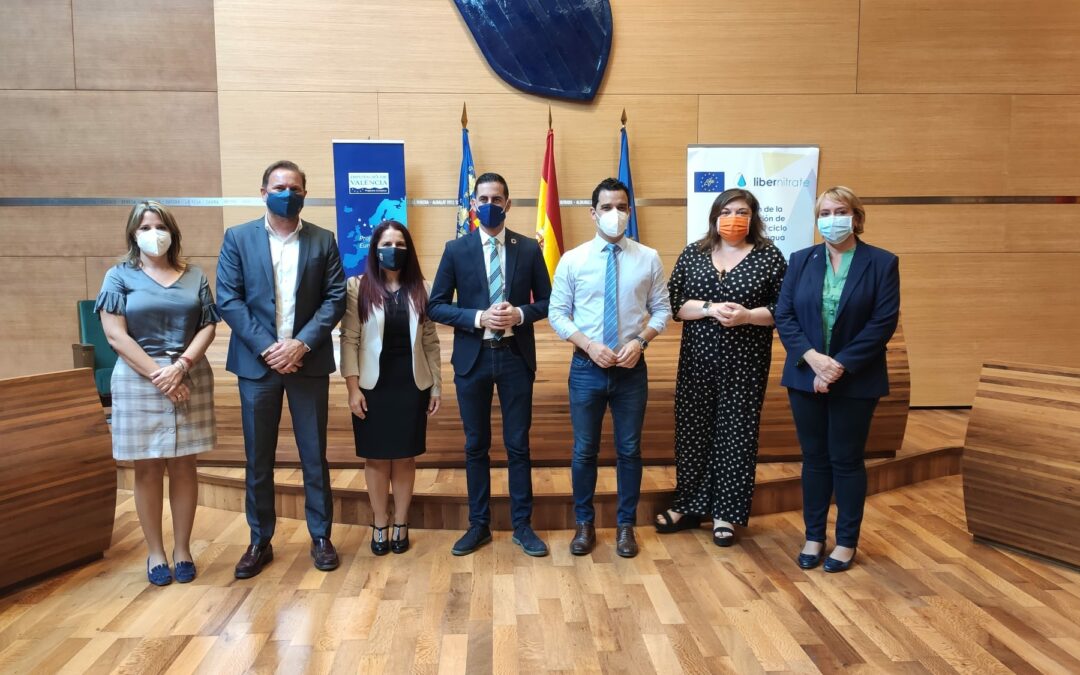 The fourth day of the Life Libernitrate Project, entitled “Water and nitrates, proposals and political actions of the present and future” LIFE Libernitrate celebrates the 4th Day of the Development of the Political Action Plan has taken place this Friday, May 21 in the Plenary Hall of the Provincial Council of Valencia. This fourth day has been addressed to those responsible for the town councils of the regions of l’Horta Sud, l’Horta Nord and València. In fact, the event has included the interventions of the mayors of Bonrepòs and Mirambell, Raquel Ramiro, and of Alcàsser, Eva Zamora; and the mayors of Paterna, Juan Antonio Sagredo, and of Silla, Vicente Zaragoza. In addition, the conferences were closed by Eva Sanz, mayor of Benetússer and president of the Mancomunidad de l’Horta Sud. The mayor of Llaurí, Ana González, was the moderator of the table.

All of them have analyzed and debated, together with the rest of the municipal representatives who have attended the conference, on the solutions proposed by the Life project to address the problem of nitrification. The different actions and proposals that can be implemented from political and social action in different levels of government, both local and provincial, regional and European, have also been put on the table. Finally, the possible tools for obtaining financing lines have been studied to carry out the pertinent actions.

This event is part of the cycle of conferences to implement a political action plan in Valencian municipalities. For this, it is necessary to convey to the local authorities the seriousness of the problem posed by the high concentration of nitrates in water, both for agricultural uses and for domestic consumption.

Having a quality water system is undoubtedly a basic service for the well-being of a municipality, and water pollution due to nitrates poses a real threat to both people’s health and the environment. For this, the project tries to implement a sustainable and innovative system based on the use of active silica filters from the ashes produced by the controlled combustion of rice straw.