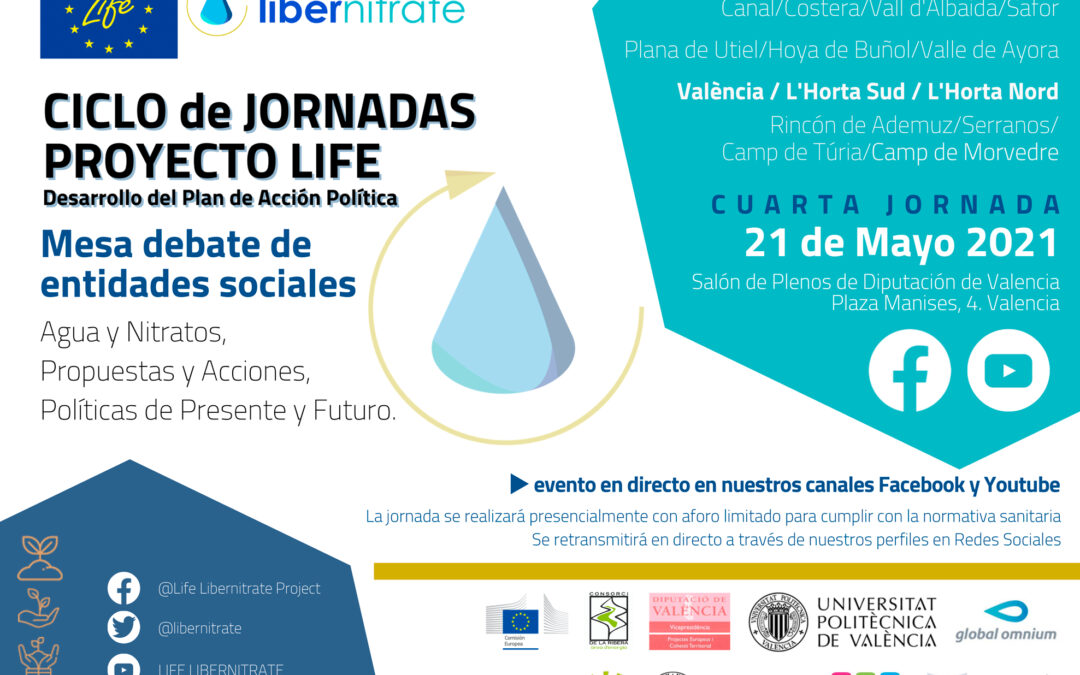 The LIFE Libernitrate project is preparing for its 4th Conference on the Development of the Political Action Plan that will take place this Friday, May 21, in the Plenary Hall of the Valencia Provincial Council. As in the three previous occasions, the day will have a clear informative objective. Thus, it will be aimed at the mayors of the l’Horta Sud and Horta Nord regions of the province of Valencia who will be represented during the event.

4th Conference on the Development of the Political Action Plan
Thus, among the speakers invited to the event are Eva Zamora, mayor of Alcàsser, Juan Antonio Sagredo, mayor of Paterna, Raquel Ramiro, mayor of Bonrepòs i Mirambell, and Vicente Zaragozá, mayor of Silla. All of them municipalities in the metropolitan area of ​​València, so it will also have the participation of Eva Sanz, mayor of Benetusser and president of the Mancomunidad de l’Horta Sud. Finally, they will be accompanied by their host, in this case the Vice President of the Valencia Provincial Council, Carlos Fernández Bielsa, who will open the event.

The event seeks to sensitize political leaders about the problem caused by the concentration of nitrates in the integral water cycle and how the LIFE Libernitrate project helps to combat it. In addition to the aforementioned mayors and mayoress, representatives of the Department of Agriculture and the Valencia Provincial Council will be part of the distribution of speakers.